Did you hit your 10,000 steps today? Think about how completely strange that question would have sounded a couple of years ago.

Thanks to wearable technology, however, it probably made more sense. That’s because wearable technology has become such a mainstay that its terminology and implications have worked their way into our collective subconscious faster than you can say biometrics.

In this article, you’ll get a complete guide to workplace wearables, including what items should be at the top of your list.

Wearable technology is that bracelet that tracks your steps.

It’s the sleep tracker that measures your z’s.

And the posture-measuring belt that buzzes when you slouch. 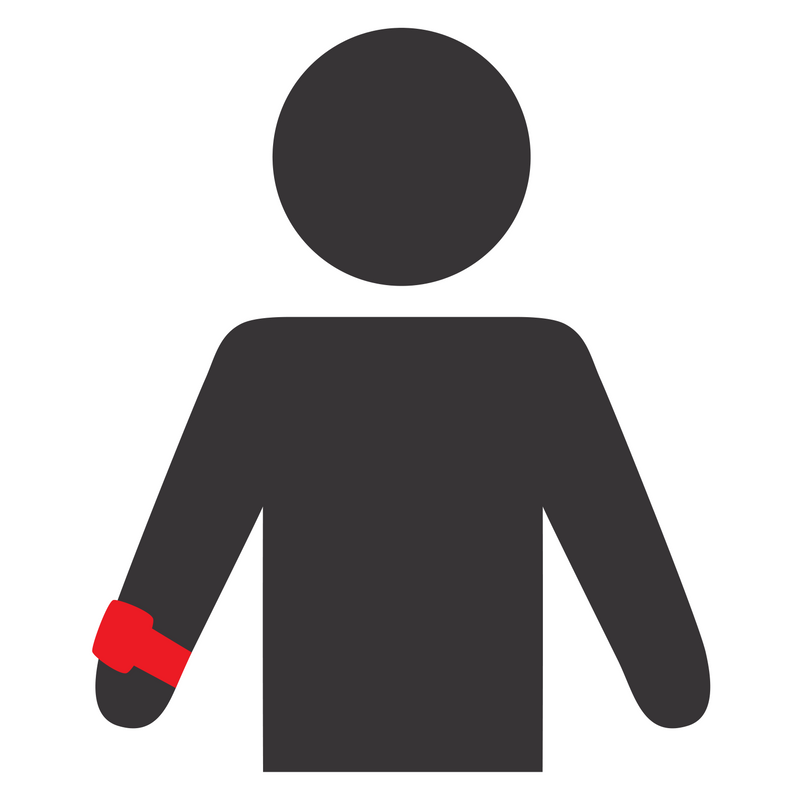 Wearable technology is here to stay, because what some people initially wrote off as technology for technology’s sake is actually helping people get healthier.

And now wearables are coming to the office. And that’s probably a good idea. In a world where the quantified self has taken center stage, it helps to use workplace wearable tech to take a  long (and try to improve) the time we spend most of our lives—in the office.

An Introduction to Workplace Wearables

While research and technology hasn’t yet caught up to really integrated wearable technology into the workplace, there have been some promising studies.

And while the jury is still out on many of the high priced versions available for purchase, new study from the National Institute of Health showed that people who didn’t use health trackers usually ended up overestimating their physical activity during the day than those who don’t. And that might be the only motivation you need.

Our parents had to deal with smoke-filled offices. But desk-bound work isn’t less hazardous for our health. In fact, you could argue that spending more time sitting is more dangerous than second-hand smoke. This is something that wearables aim to correct. And when wearable technology is used right, it can. Let’s take a look. 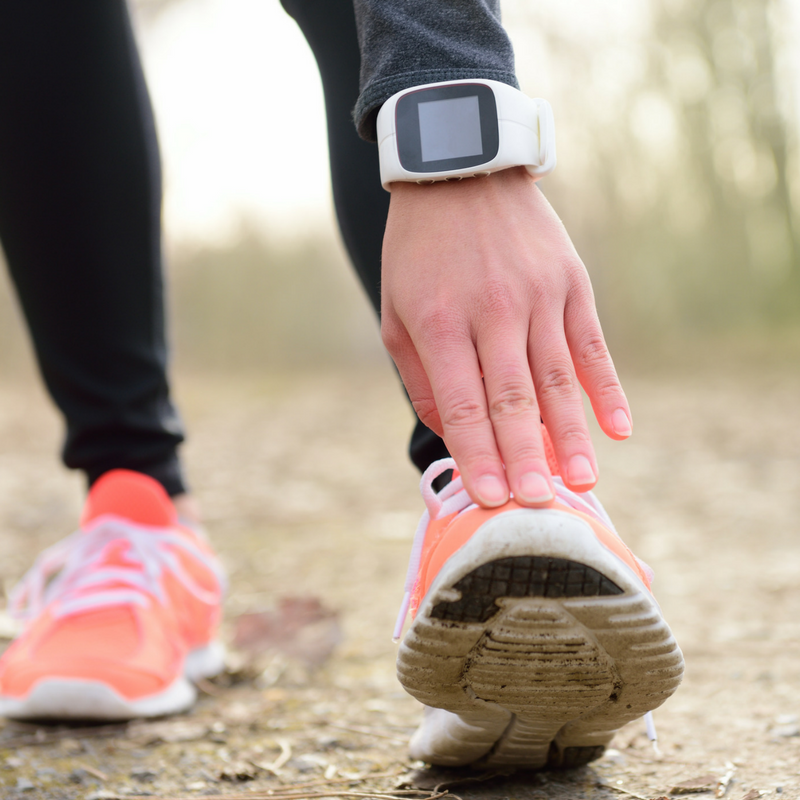 FitBit, Nike FuelBand, JawBone Up. These are a few of the top options that can help quantify your 9-5 self. They each bring a lot of the same features to the table, but if you’re considering strapping on a wristband for your wearable tech accessory, you’d do well to take a look at the mobile and online aspects that go with each of these wearables.

The way you synch the device as well as the way you digest the data that’s coming through varies from each. And in the case of the Nike FuelBand, community and competition play a big role in how you interact with your wearable. But at the end of the day, wearable tech in the form of wristbands has one goal in mind: to get you out of your desk and moving. Hit your 10,000 steps and you’re on your way to a healthier day.

Stop what you’re doing right now and take a look at your posture.

This is entrapment of sorts because we know you’re looking at your computer. But that’s sort of the point.

Poor posture is killing the modern worker, but wearable tech is here to help.

A wearable to note in this field is Lumo, which advertises itself as a posture coach. The idea is simple. It’s a wearable that’s small and nearly unnoticeable, and it buzzes whenever your posture isn’t right. Annoying for some, a godsend for others, it’s the perfect example of how wearables are using big data and biometrics to correct a real problem.

What are your thoughts on workplace wearables? Are you a big fan of big data or would you rather be caught dead than sporting wearable technology at work? Let us know in the comments section. 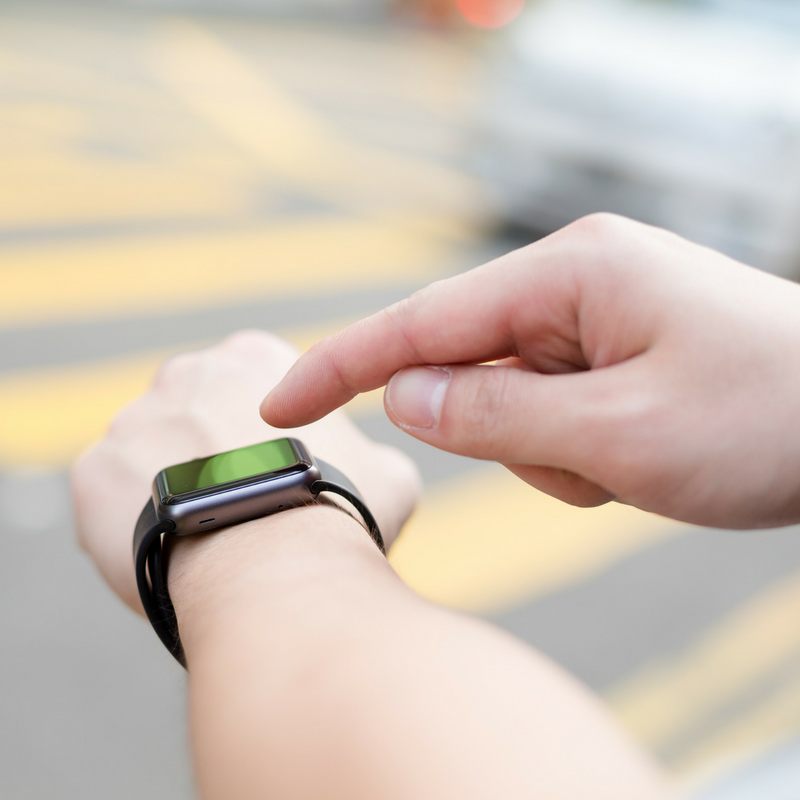 When it comes to wearable tech, there’s a lot to choose from. Knowing what each device brings to the table can help you make a better, healthier decision. We’ve looked at a few of the most popular options in wearable tech and broken down a few of our favorites for you. Happy tracking.

Moov is a little different than your average fitness tracker.

Its goal is to make you better at exercise using three sensors that form a nine-axis motion-sensing system. It tracks not only the type of movement you’re doing, but how you’re doing it.

The tracker’s accelerometer and gyroscope detect movement in space and force of motion, while its magnetometer measures rotation.

One of the first—and most expensive trackers out there—the Jawbone Up comes with a lot to like.

Bluetooth enabled, compatible across any mobile platform, and with an interface that comes with all the bells and whistles, the Up is one of your best all around choices available, and it might be the best sleep tracker on the market. If you can afford the price tag, go for it.

If you want a fitness tracker without paying a lot of money, check out the Jawbone Up move.

For a third of the Up24’s price, the Move come with a smart coach that analyzes your habits and helps you increase your performance. Nothing flashy here, but a really good value if you want to track your basic activity like steps.

The great mash-up of two powerhouses like Apple and Nike has produced a beautiful product. Compared to the other wearables on this list, the Apple Watch Nike+ is astronomically expensive. But since it doubles as your phone-away-from-phone, the price makes sense.

This isn’t just a fitness tracker (though it can track everything from steps to snores), it’s basically a mini version of your iPhone. So if you’d like a wearable that you can also send and receive phone calls on, this is your product.

The Fitbit Flex is highly functional and highly durable. Shower with it, throw it in your purse—it stands up to a lot of wear and tear. Plus, the Fit Bit Flex lets you swap out color choices on the wristband.

Tapping the tracker reveals your current progress. It’s a button-less design, which is great, but that leads to the one major downside in that you have to sync it with a USB antennae. Fortunately, it comes with Bluetooth so data transfer is seamless. It also comes with one of the best apps we’ve used.

The Misfit Shine is unique. It comes in a low profile design that essentially lets you attach the device to any article of clothing via a pretty powerful magnet.

It also fits inside a wristband if you prefer to go the more traditional route. The Shine is best at keeping you motivated to meet daily personal minimum activity goals with “points” awarded for activity, while it calculates steps taken and calories burned.

Tap it twice to check your progress, or sync it with the app on your phone for more detailed information about your activity. Because it doesn’t have to be worn on the wrist, it may be more accurate in tracking true physical activity, and not just wrist or arm movements. And because of its waterproof design, it can be used in the pool for swimming or water aerobics. At night, the Shine can help track duration and quality of sleep.